Here is the garden after weeks and weeks without rain.  Amazingly, the beans are vining, however, they are not nearly as full as past years and have not produced many beans.   Usually by this point in the season, the vines … END_OF_DOCUMENT_TOKEN_TO_BE_REPLACED

This has been an exciting week for the Sugarlump! Thank you to LubbyGirl at http://remissionary.wordpress.com/ for nominating me for the One Lovely Blog Award!  I am so honored that you thought of me for this award.  Thank you, thank you! … END_OF_DOCUMENT_TOKEN_TO_BE_REPLACED

I was back in Kentucky this weekend and though it was a quick trip, Papa, Eugene and I made it around to the garden for a progress check.  There had been some rain, but, as usual, we could always use … END_OF_DOCUMENT_TOKEN_TO_BE_REPLACED

This past weekend, I went back to Kentucky to see my extended family.  And, of course, I had to check on the garden to see how it was coming along. It’s not drastically different from the last report.  The garden … END_OF_DOCUMENT_TOKEN_TO_BE_REPLACED

I visited the garden at the end of last week to check on its progress.  I had shown up to my grandparents’ house in a cotton summer dress so I changed into a white Hanes t-shirt, athletic shorts and my Crocs to go around to the garden.  This was Papa’s response to my outfit:

“That’s a mighty casual outfit to garden in.”

I didn’t really know what to make of this comment considering I viewed gardening as a very casual event and thus thought I had dressed appropriately.

After many hours of reflection, I believe Papa thought perhaps that I should be wearing full pants and boots to minimize bug-bites and such.

That’s all I can come up with.  I really don’t think Papa thought I should be wearing anything formal for gardening.

Things are moving along nicely and looking a little less patchy than they did on my last visit. 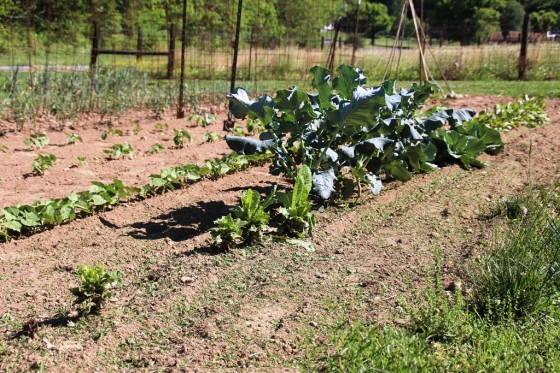 The romaine lettuce had taken a turn for the worse.  Some animal had nearly demolished it. 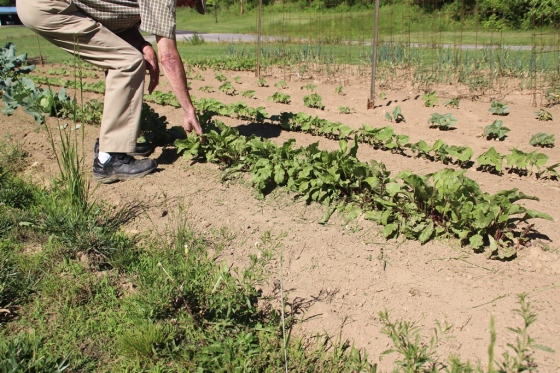 The beets are huge! Or at least much larger than last time.

Papa has caged his tomatoes as the plants started to shoot up.

A few of the plants even have baby tomatoes!

I don’t know why I’m so excited about this.  I don’t even like tomatoes.  But I guess it shows that the garden is growing so I do like that.

The onions haven’t changed much.

The cabbage looks beautiful.  Too bad I don’t like cabbage.  Why can’t the animals eat this instead of the good stuff??

My brussel sprout plants are looking big and leafy!  I think we’re supposed to cut these leaves off once the plants start to sprout…the sprouts.   I’d better figure that out soon. 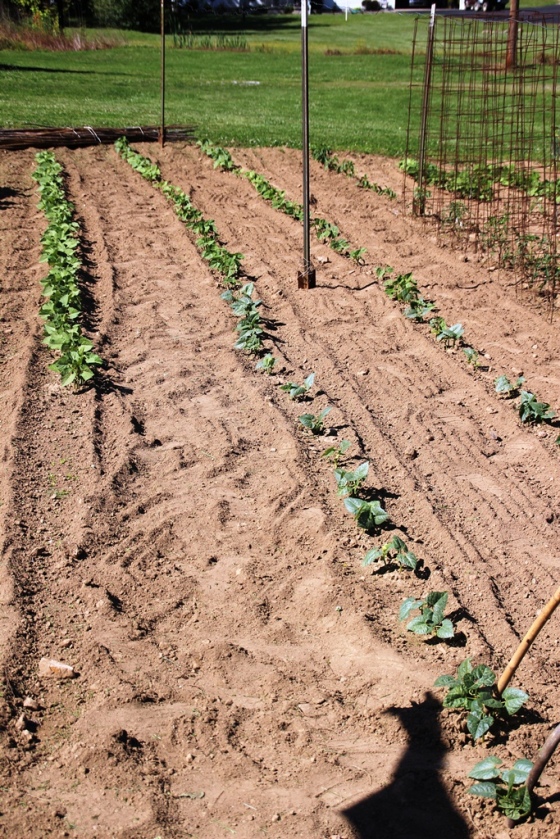 Here are all of the beans that Papa planted.  In the middle and right rows are the pole beans:  speckled limas, half-runners, and partridge heads(!). On the left we have poor house beans, which are heirlooms and have been in the family for generations.  They are bush beans.

This is a photo I took pre-massacre.

Papa had found some patridge head seed in the deep freeze from 1997 (literally) and he wasn’t sure that they would come up so he planted as many as 8 in a hill (he normally does 3).

Oh boy did they come up!  So much so, in fact, that I had to thin them so the plants produce well.  This broke my heart to pull up perfectly good bean plants, but I guess if it means more actual beans, it’s worth it.  It still made me sad.

Here are the roma beans.  They have filled out considerably.  They were looking a little patchy last time. 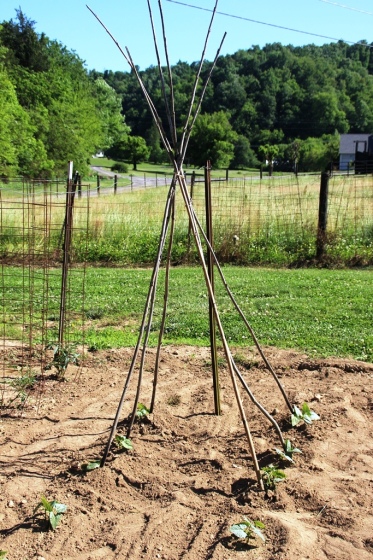 Even though the bean plants look small, it was time to stick ‘em!

So Papa brought some bamboo sticks down from the barn. 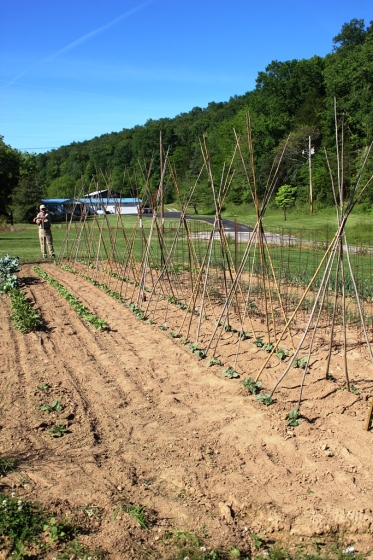 And we worked down the rows making little teepees for the beans.  I think it looks real purty.

I stepped back to admire our handywork and then I heard a “hhhmppppflllll.”

Oh hello there.  Our supervisor was pleased with our work as well. 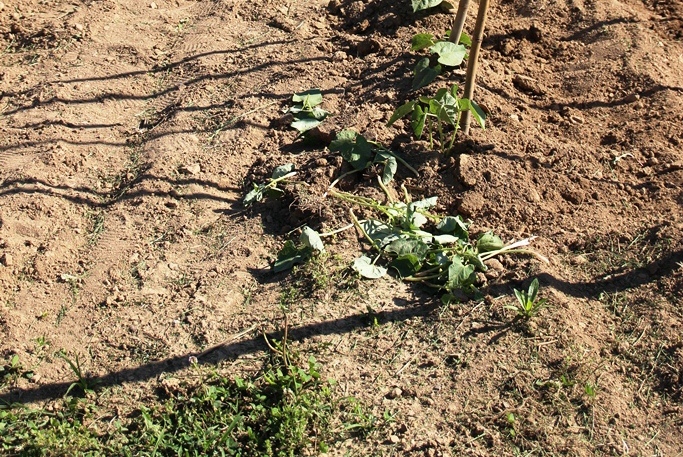 After the sticks were in place, Papa gave me the job of thinning the beans (if there were more than 3 plants around each stick) and then mounding up the dirt at the base of the sticks to tuck in the beans.

This was the first time I had used a hoe. Pretty handy tool if you ask me.

Above are some of the partridge head casualties of the thinning.  Sad.

Here is the finished product.  Not too shabby.

Now let’s get some beans growing!

While it’s still not time to plant my favorite part of the garden (the beans!), Papa has planted a few new items.  It has also rained (after a long time without rain) since I last reported on the garden so … END_OF_DOCUMENT_TOKEN_TO_BE_REPLACED