Until recently, I had left Gus and Scarlet in my bedroom suite when out of the house so that I did not return to find them patrolling the top of the upper cabinets in my kitchen.  I’ve heard that animals like to be somewhat confined anyway.  Maybe somebody feeling guilty about leaving his/her animals in a small space made that up, but I was going with it.  My cats had all of my bedroom, hall and bathroom to roam and they had all the food they could eat, water they could drink and litter box they could…well you know what I mean.  They were all set.

Imagine my surprise one night when I come home from work and am greeted at the front door by two 15” tall furry creatures eager to see the world beyond the front door.  I quickly closed the door and stood there for a minute, amazed that they could have gotten out.  I have small French doors that must be very forcefully pulled open and closed for the spring to lock.  How a 13 pound cat without thumbs or considerable muscle mass can open a door I struggle with on a daily basis is beyond me.  I thought maybe this was just a fluke and that perhaps I hadn’t closed the doors all the way.  But lo and behold, the next day, I was again welcomed home/hounded for food at the front door.

When my parents were here a couple of weeks back, we decided to run an experiment to see how long it takes them to get the door open.  I closed the cats in my bedroom and headed out to work, leaving my mom in the living room.  My mom texted me not 20 minutes later that she had company.  Those little rascals. 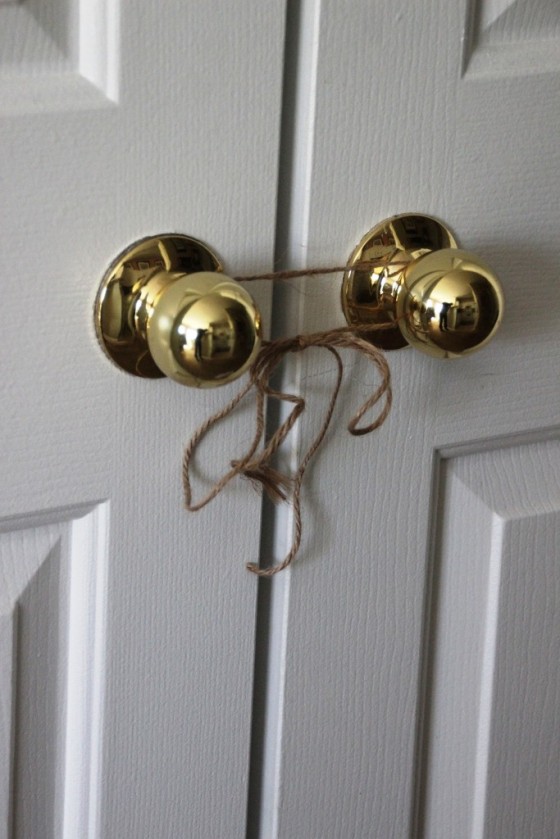 I also used to close my bedroom suite a night to keep the cats from standing on the stove and potentially scorching a tail or two.  In the middle of the night after the first few daytime escapes, I would hear the rattling of the door and then all of the sudden a click sound as the spring released and the door opened.

Turns out Miss Scarlett is the brains and the brawn of this operation.  Gus doesn’t know nothin’ ‘bout nothin’. 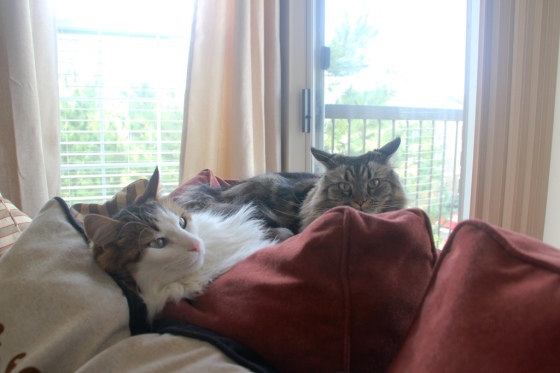 I have relented and let them roam the place as they please when I am gone now.  Although the other night, I had my hands full of groceries as I walked in the door and little Mr. Gus waltzed right out into the breezeway.  I shuffled groceries at lightning speed and grabbed Gus by the tail to drag him back inside.  I almost had a heart attack because there would be no catching that little booger if he got out and were beyond my reach.  Ever since, I stick my foot in the door first and Gus has learned not to stand so close. In fact, the novelty is beginning to wear off and there are times Gus and Scarlett decide it’s not worth their energy to get up from their cozy perches to welcome me home.