Certain things can’t be rushed.  One of those things is creating a piece of art. 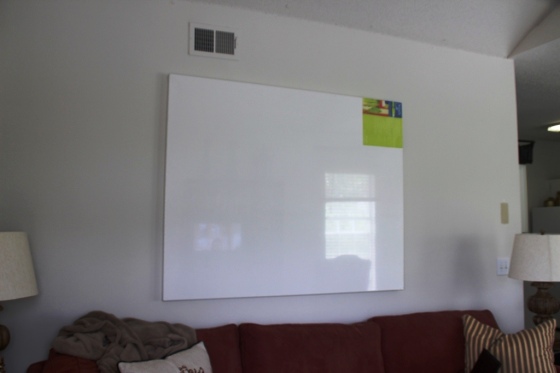 I purchased a large canvas for my living room shortly after I moved to Tennessee with the intention of painting a scene from my family’s farm.   That was almost 6 months ago.   Though my wall is now painted in Martha Stewart’s color “tobacco leaf” (somewhat farm-like), the canvas is still blank and wrapped in plastic.

You see, there is a particular hill, with a particular view, that I would like to capture.  The only issue is that I haven’t been able to get up on that hill with my camera.  Either it was so hot that the grass was brown and the air was hazy or it was too cloudy and rainy or the weeds had grown so high that there was no way to scale the hill in the truck.  I suppose if I were absolutely determined to get up on the hill, I could have clad myself in army gear and climbed to the top, but my army gear is at the cleaners.

Papa and I ventured over to the farm a few weeks back and I got some neat shots as we drove around on the farm on our way to the hill. 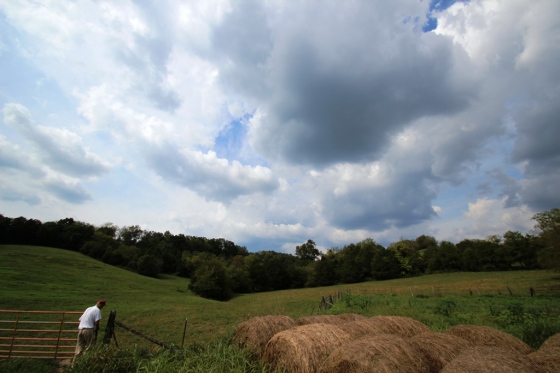 We drove up to the gate.  Per usual, I was not dressed appropriately for the rural occasion.  Papa hopped out and walked through the 3 foot tall grass to open the gate.  He walked back to the truck and drove us through the gate.  I expected him to stop so I could jump out and close the gate on the other side where the grass was mowed, but he drove ahead, saying the cows were too far up the hollow to get out in the few minutes we would be driving around in the pasture.

We bounced over potholes as we drove toward the base of the hill.  As we neared the trees, a 15 foot branch came into focus.  It was blocking our path completely so Papa and I got out and pulled it aside.  With our path cleared, we headed towards the hill.  Papa put the truck in 4-wheel drive and we started to climb the hill.  It sure felt a lot steeper than it looked.

I asked Papa how we would get back down the hill.  About this time, I began to consider what would likely be a very dicey decent in our near future and suggested we might do this another time.   He chuckled and told me we would come back the way we came.  My stomach did a few flips.  I had waited nearly 6 months; another few weeks wouldn’t kill me.   Papa waved me off, assuring me that we would be fine. By some miracle, the path to the top of the hill had grown over completely and left it impassible.  Oh shucks.  I told Papa that this was no big deal.  We would just come back another time, perhaps with Uncle Brian, who knows the best way to get up the hill without having a heart attack.  So Papa backed up the truck and we drove back down to safety at approximately .8 miles per hour to prevent sliding down the hill and into a ditch.

Although I was sad not to get my photos from the top of the hill, I had Papa drive to the top of a very, very small and mowed hill next to the pond where I actually could see a fair distance and capture the really neat clouds that had inspired me to venture out for my long awaited photos in the first place.

I’m having a lot of fun with my wide-angle lens.  It makes things so much more dramatic.

Harvested tobacco.  It might take  longer for me to complete a painting than it it does to grow and harvest tobacco.   At this rate, it might be next spring before I get to the top of that hill.

At least my walls are painted.